Foraging for Wild Mushrooms in Barcelona, Indoors and Out | Culinary Backstreets 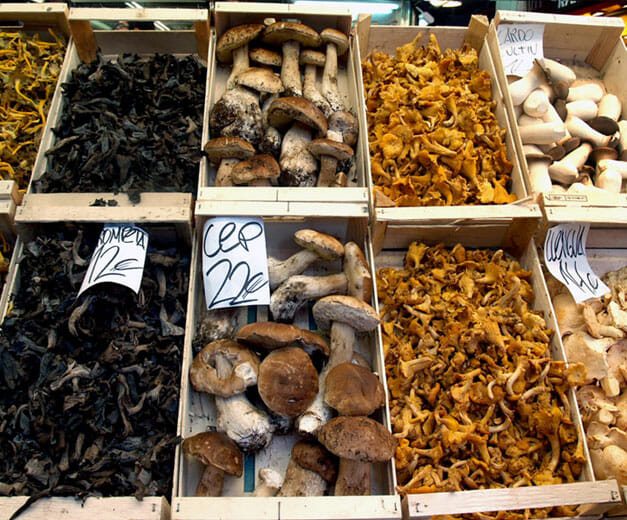 Mushroom hunting has an irresistible, magical pull. Composer John Cage, an avid mushroom collector, found them an integral part of his creative process, once writing: “Much can be learned about music by devoting oneself to the mushroom.” Every fall, thousands of Catalans likewise find themselves under the mushroom’s spell, following the elusive fungus’s silent melody into the woods, a rustic wicker basket in one hand and – more and more these days – a GPS-enabled smartphone in the other.

Mushroom hunting is an old tradition in Catalonia, one that begins in the forest and ends at the dinner table. Nowadays, the tradition has became a hugely popular pastime, not only for aficionados but also for families and curious novices willing to spend the early part of the day hunched over as they scan every nook in the wet ground of one of the 18 national parks in Catalonia in search of edible mushrooms. There is even a hit television program, “Caçadors de bolets” (“Mushroom Hunters”), devoted to the activity. Mushroom gathering has become so widespread, in fact, that the government of Catalonia has been forced to limit the access, through licenses and tariffs, to some of the most visited forests in order to protect the mushrooms’ natural habitat.

One of the major reasons the forests now need that extra protection is because the mushroom’s modern hunters now have an arsenal of digital tools at their disposal to help them in their search for fungal gold. In the last few years, Catalan developers have created several apps that let everybody in on previously secret picking spots and direct them to formerly little-known mountain village restaurants that specialize in mushroom dishes. Other, more utilitarian apps provide detailed descriptions and images of edible mushrooms and poisonous ones, while “Caçadors de bolets,” the TV show, has its own official app.

For those who can’t make it to the forest, Barcelona’s lovely La Boquería market is the next best place to go foraging for fall’s mushroom bounty. In season, most of the market’s fruit and vegetable stalls carry mushrooms. But, as we all know, if you want the best mushrooms, you must go into deepest, darkest corner of the forest. Likewise in this market, where tucked into the far end of its central corridor can be found Bolets Petràs, Barcelona’s finest mushroom shop. Llorenç Petràs, the owner, is an influential mushroom expert who has helped introduce local eaters to a wider range of mushroom varieties and has been the supplier to some of the best chefs and restaurants of Catalonia (including El Bulli, in its time).

Along with mushrooms, Petràs also sells truffles, wild flowers, wild herbs and, up until two years ago, when it was still was allowed, even edible insects. For those in search of a traditional Catalan variety of mushroom, Llorenç, or one of his sons Xabier and Isaac, will likely direct you to the delicious rovellones, ceps, Llanegas negras or rossinyols (chanterelles). And, for those who ask, they will usually offer up a traditional Catalan mushroom recipe.

Fall, meanwhile, is the best time of the year to visit Casa Lucio, a restaurant that serves as a reference point for Barcelona’s mushroom-lovers. Run by a husband-and-wife team, the restaurant has an ever changing, market-driven menu, and owner Lucio personally explains and recommends to diners the daily specials.

During mushroom season, many of these specials feature trompetas de la mort (“trumpets of death”), a deep-black, aromatic horn-shaped fungus that at first glance would seem to be deserving of its ominous name but actually turns out to be deathly delicious. Here, this unusual mushroom may be scrambled with blood sausage, artichokes 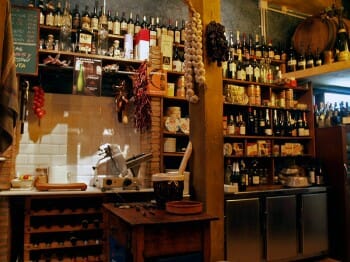 and garlic, turned into an omelet made with gorgonzola or combined with chanterelles and several other varieties of mushrooms as well as meatballs and made into soup.

Casa Lucio also excels at preparing ceps (known as porcini mushrooms in Italy), another member of the Catalan forests’ fungus royalty. Lucio and his wife Maribel offer it in an amazing recipe of confited and sautéed duck gizzards served with wild asparagus and sautéed ceps. The gizzards are quite tender, with a rosé color at their core and a deep, almost smoky taste. They are perfectly accompanied by the wild asparagus and the ceps, which are soft, deep and fragrant, redolent of the forest floor.

Mushrooms may be in fashion in the contemporary culinary world, but their magic aura is timeless. The website of Bolets Petràs features this quote from owner Llorenç: “I love mushrooms, because they are a mystery.” If you like to eat mysteries, the season to do so in Catalonia is now.

This review was originally published on November 30, 2012. 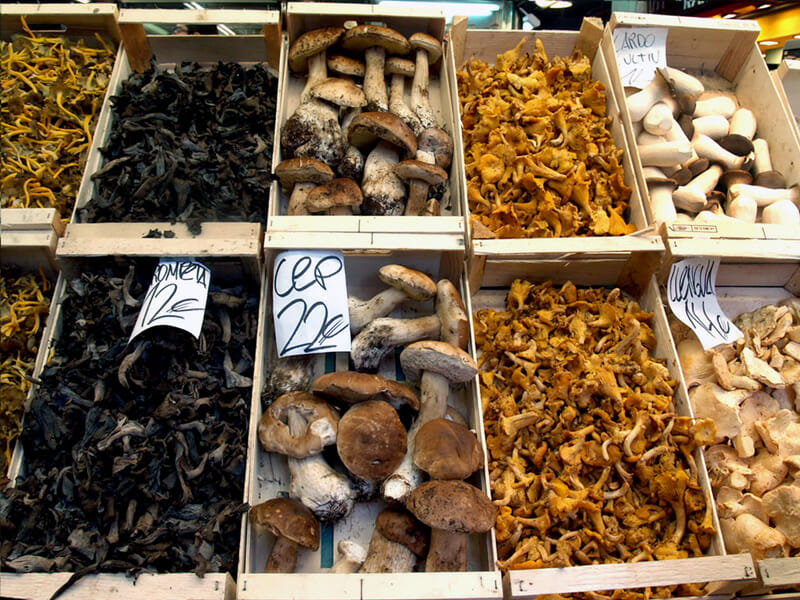 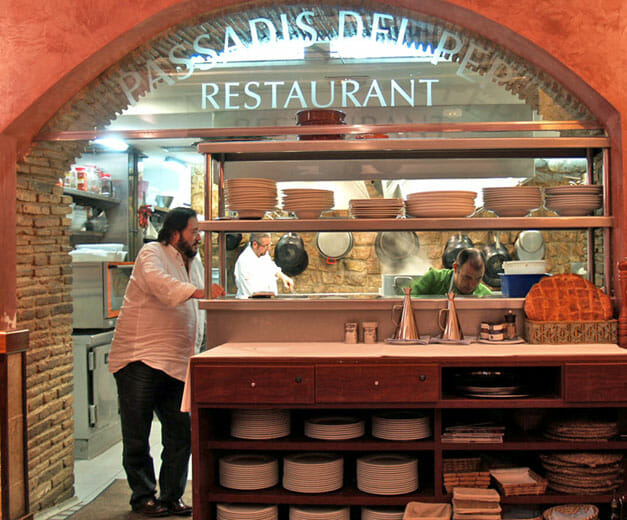