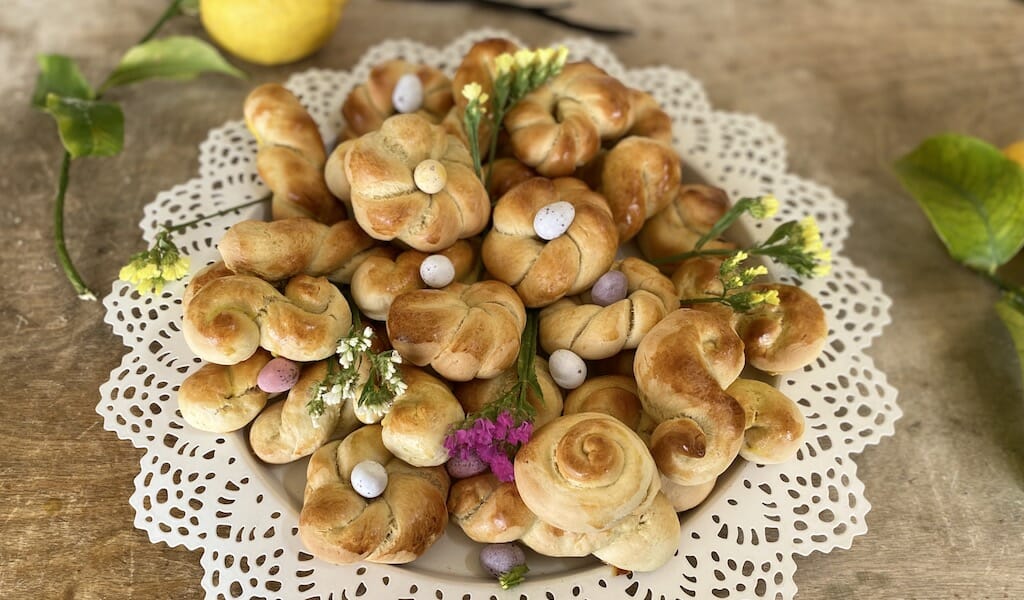 Greek Easter – this year celebrated on Sunday, May 2 – involves a great deal of baking, from breads to cookies and sweet treats. Many of these traditional recipes are rich with symbolic meaning, usually referencing the regeneration of the earth, the blooming of spring, as well as the honoring of the dead. Some of the themes are clearly rooted in ancient Greek traditions and practices that Christianity later adopted and incorporated into their own celebrations.

The egg is the star of most typical Easter recipes. An important ancient symbol of fertility, life and rebirth, eggs are also dyed for the holiday and used in various ways as decoration  (including the Easter chocolate egg that every godparent has to offer to their godchild, along with the lambada, the typical Easter candle, and an Easter gift, which is typically shoes). For example, tsourekia, sweet brioche-like Easter breads, are braided and decorated with a dyed-red egg. They are baked for good luck, and traditionally Greek farmers would place slices of tsoureki along with eggshells on their fields as an offering for a fruitful harvest.

The typical Easter sweet recipes also tend to include fresh milk, cheese (‘tis the season of cheesemaking) and butter, a celebration of all the dairy products that are abundant during spring and from which people abstain during Lent (Sarakosti). While many Greeks now buy their Easter sweets, those who do their own baking commonly do so during the week leading up to holiday. In addition to the abovementioned tsourekia, Easter cookies called paschalina koulouria are also popular. Typically people would prepare baskets filled with these baked treats and dyed eggs, which they would then offer to family, friends and neighbors. 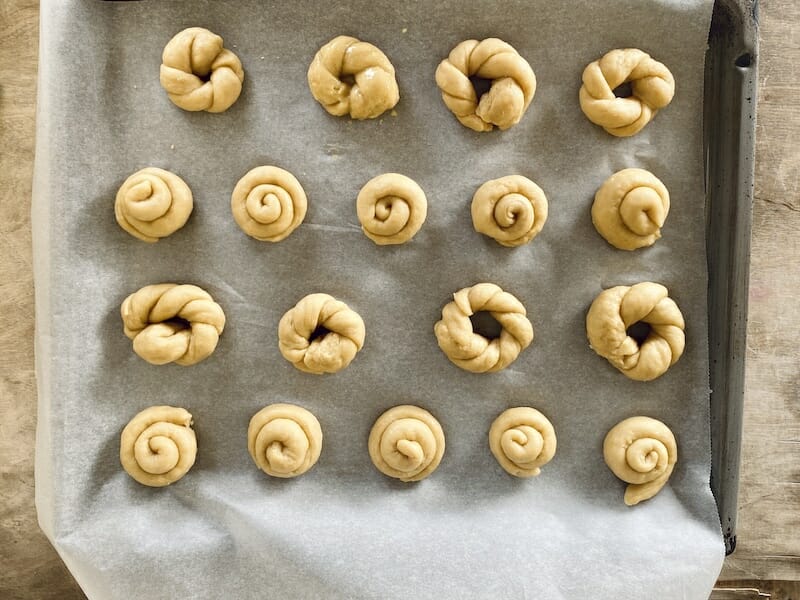 These Greek Easter cookies are quite large in size and golden blond in color. They are simple to make, beautifully braided or shaped, and crisp. I loved them as a child and always looked forward to the baskets from different friends and relatives – I would taste the cookies from each basket and chose my favorite. The ones I remember most fondly were made by the nuns of the Agios Minas Convent on the island of Aegina that my grandmother used to visit often.

Typically they are made with baking ammonia (ammonium bicarbonate), which used to be the most common leavening agent in baked goods before the arrival of baking soda in the 19th century. Many people don’t use it anymore and instead replace it with a mix of baking powder and baking soda. But the truth is that baking ammonia produces a lighter and crunchier crumb. It may have a slight flavor and aroma that some dislike, but if used correctly it fades out after a couple of days.

Along with vanilla, I flavor the cookies with lemon zest and juice – it’s lemon season in Greece, and I love to celebrate that fact. However, orange zest and juice is often added instead (or a combination of orange and lemon). I prefer not to make them too sweet and so use fine raw cane sugar, but you may use regular fine sugar. Apart from using them to decorate my house for Easter and arranging them on platters along with small chocolate eggs, I particularly enjoy pairing them with coffee or tea. 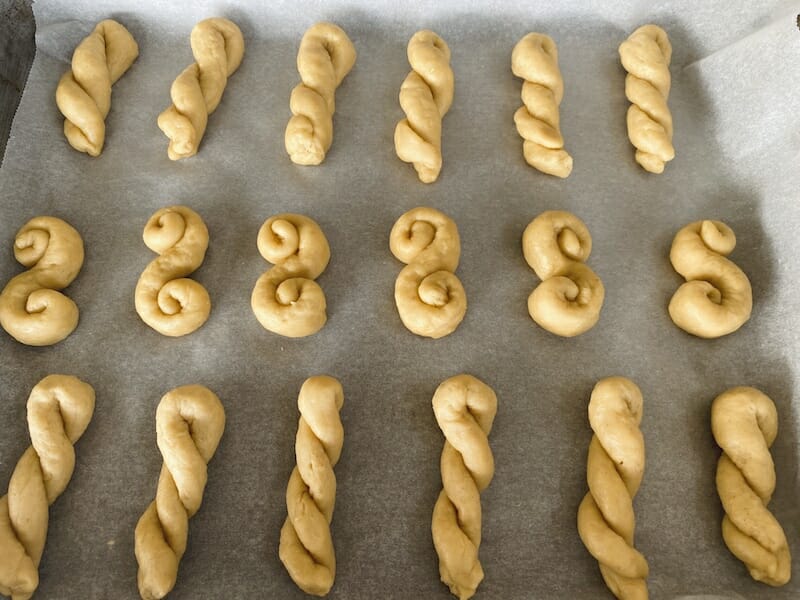 Pour the milk into a large saucepan with a thick base to prevent the milk from sticking and burning. Slit open the vanilla pod, remove the seeds inside, and add them to the milk along with the pod (for extra flavor) and place on low heat. Allow it to start simmering and as soon as it does remove it from the heat and let it cool down a bit.

Strain the milk into a medium bowl and add in the baking ammonia and soda (it will make it rise and froth so its best you do this while holding the bowl above the butter and sugar mix). Pour it in to the butter and sugar mix, gently stir and add in the lemon zest and juice as well. Now gradually start adding in the flour, little by little as you mix at low speed. Keep adding until incorporated and the dough is rather soft and not sticky.

Line parchment paper on baking trays and preheat the oven to 180 degrees C. In a small bowl beat the egg and milk. Shape the cookies (as in photos) or simply braid them, and arrange them on the baking trays with enough space in between, as they will rise significantly. Brush them with the egg and milk wash.

Bake for about 15-20 minutes until light golden. Remove from the oven and allow them to cool down completely and harden (they at first will be soft inside). 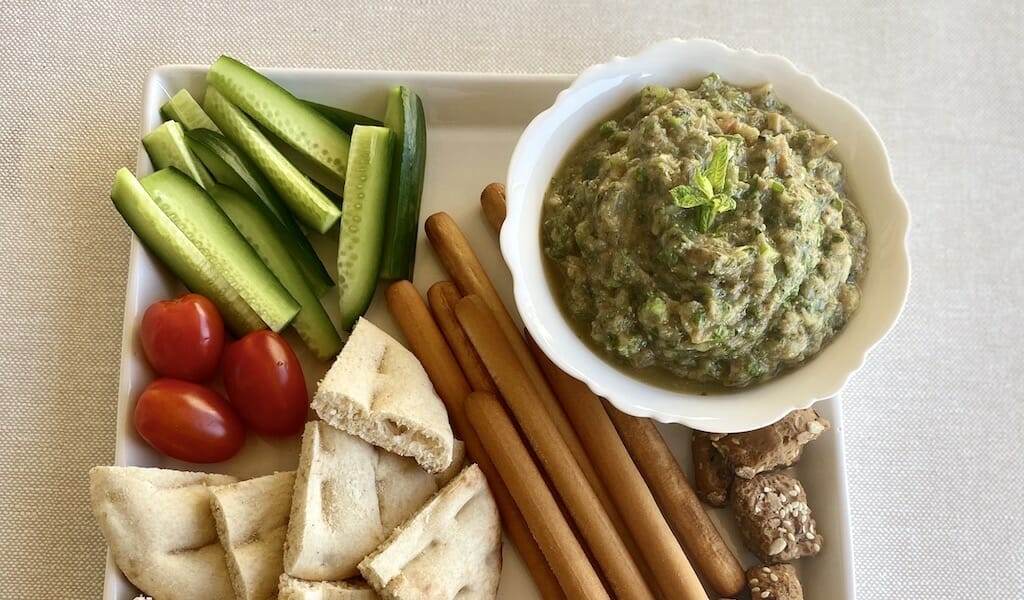