In the center of Exarchia, a hub of activism often referred to as the “anarchist” neighborhood of Athens, a small minimalist eatery with just a few tables outside opened last April and was an instant success by breaking all the rules.

At first glance it looks like a regular souvlaki shop, with sauces and condiments lined up at the front, pita breads being grilled and potatoes being fried. It even smells familiar, but if you look closely, you will notice that there is no meat in sight or, to be exact, no animal products. Welcome to Cookoomela Grill, Greece’s first vegan souvlaki spot.

It takes a lot of courage to transform the most emblematic meat-based street food in Greece – one that Greeks adore – into a meat-free version, and owner Antonis Margaritis admits that they did not expect such sudden fame. “We opened the shop together with my brother Vassilis, who is a chef, and my partner Effie Savvidou, an architect, the Sunday before Easter on April 1, 2018,” he explains. “A couple of days later, a local journalist who loved the food wrote about us and in two weeks there were people queuing outside!” 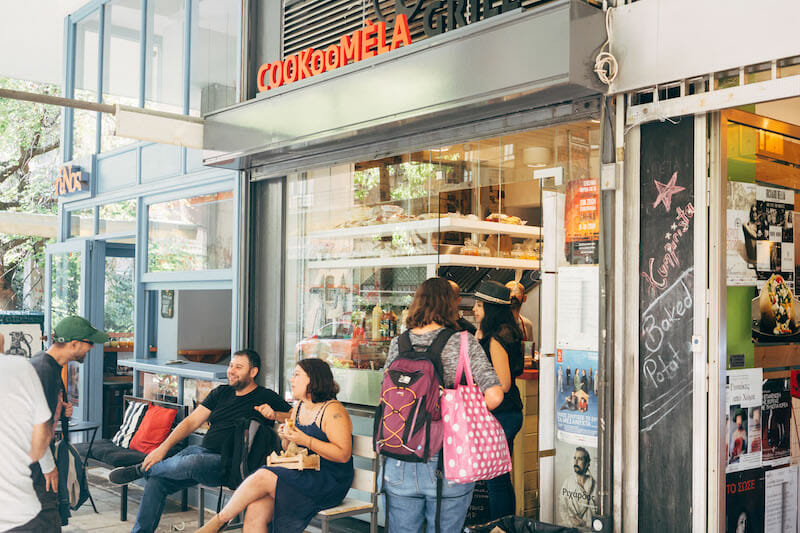 We visited during lunch on a weekday, and people were already waiting for the shop to open at 1 p.m. The crowd was varied – Cookoomela attracts locals, employees from nearby businesses, tourists, students, artists and intellectuals.

“We wanted to prove that one can have ethical, plant-based food without the lifestyle price tag that goes with it in other places” says Antonis, who has worked in the restaurant business for 27 years, mainly as a maître d’ in resort and hotel restaurants. Since the prices for their different vegan souvlakis are almost the same as for a regular souvlaki (around €2.50), this is not certainly not vegan food for the privileged few (hence the queues). “We couldn’t have opened anywhere else apart from Exarchia. It is a very open-minded, free neighborhood that welcomes and supports new ideas. In my opinion it is the most vegan-friendly place in Greece,” he adds.

Exarchia is one of Athens’ oldest neighborhoods, home to the National Archaeological Museum and the beautiful National Technical University of Athens, also called Politechenion. Politechneion became a symbol of freedom when on November 17, 1973 (now a national holiday), student demonstrations against the Greek Junta became an uprising that ended in violence and loss of life. It also triggered a series of events that lead to the fall of the Junta in 1974.

The presence of the Politechneion gives the area a youthful energy and alternative vibe, and so do the many creative spaces and galleries. But it has also become associated with protests and anarchists, so Exarchia never became a big tourist destination. That being said, the last few years have seen a gradual transformation of certain streets with interesting restaurants and bars popping up next to the older, more grungy ones, and Cookoomela seems to bridge the two worlds nicely.

“We wanted to prove that one can have ethical, plant-based food without the lifestyle price tag that goes with it in other places.”

Some may be surprised, however, at their meteoric rise, even in an alternative neighborhood like Exarchia. Greeks are genuine meat lovers, so there is some stigma associated with refraining from eating meat, even though traditional Greek cuisine features countless vegan recipes. (During the Greek Orthodox fasting days, which make up more than half the year, meat, fish, cheese and dairy are forbidden and only vegetables, pulses, fruit and seafood can be consumed.) The last thirty years have seen a drop in meat prices and a rise in its consumption, especially since people are no longer adhere as religiously to the Orthodox fasting calendar.

But with healthy lifestyle movements becoming popular through social media, vegetarianism and veganism have made recent inroads in Greece. Restaurants, delicatessens and street food vendors offering meat-free cuisine are more common nowadays, and Cookoomela’s success proves that people are open to plant-based diets.

“Cookoomela” is slang in Greece’s Epirus and Thessaly regions for the morchella mushroom, a fitting name for a place that uses mushrooms as the main ingredient in their souvlaki. The mushrooms are chopped into chunks and sautéed on a hot iron plate, until they become dark and slightly crispy, while retaining their moisture. Although the taste is not exactly the same as meat, the sense of the grilled mushroom inside the pita comes really close to the real thing. 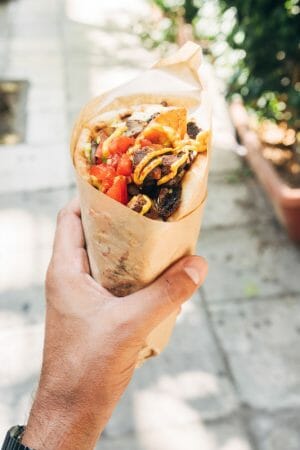 The menu is small and consists of three mushroom “gyro” versions (with mustard mayo, tomato sauce and herb pesto) and a lentil “kebab” – all three are quite large, so one will suffice for most people. There is also one salad on offer: a dakos with almond cheese in the summer and a green salad in the winter. The gyro is prepared freshly on the spot, so orders do take slightly longer than in a regular souvlaki place. “We try really hard to have the best possible ingredients and choose local Greek bio products wherever possible,” says Antonis. “Apart from the mustard and the pita, everything else is handmade in the shop. Potatoes are cooked in extra virgin olive oil mixed with some sunflower oil to increase the burning point. We change the oil daily [and then recycle it].”

All packaging is recyclable and there is no bottled water on offer in order to minimize the use of plastic, but there is filtered water available for clients as well as the only vegan Greek beer, Vergina, on tap.

Biting into Cookoomela’s souvlaki is a real culinary experience. Juicy and with an umami flavor, it is in a league of its own – some may even call it revolutionary. 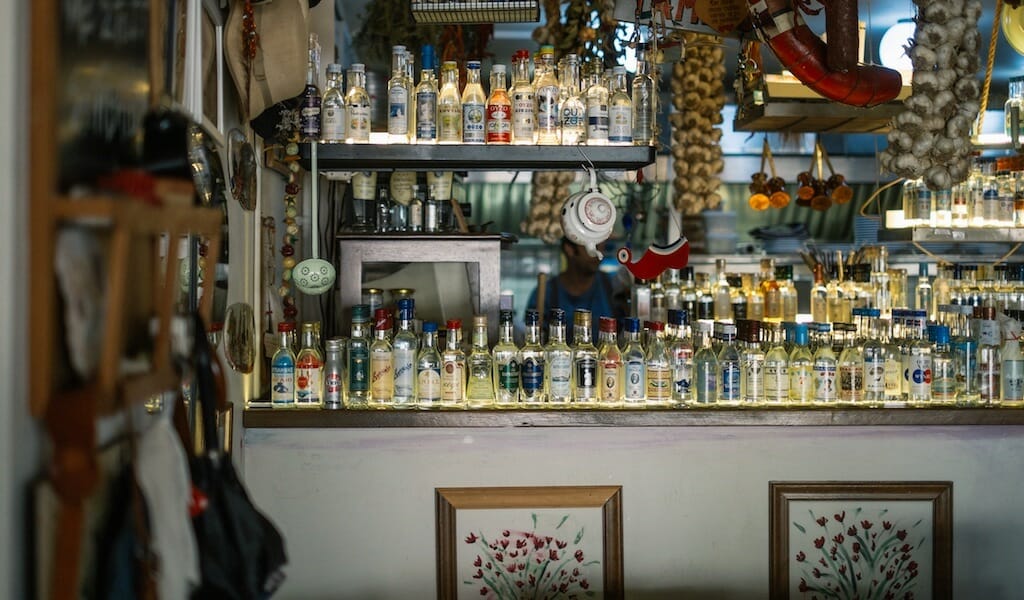