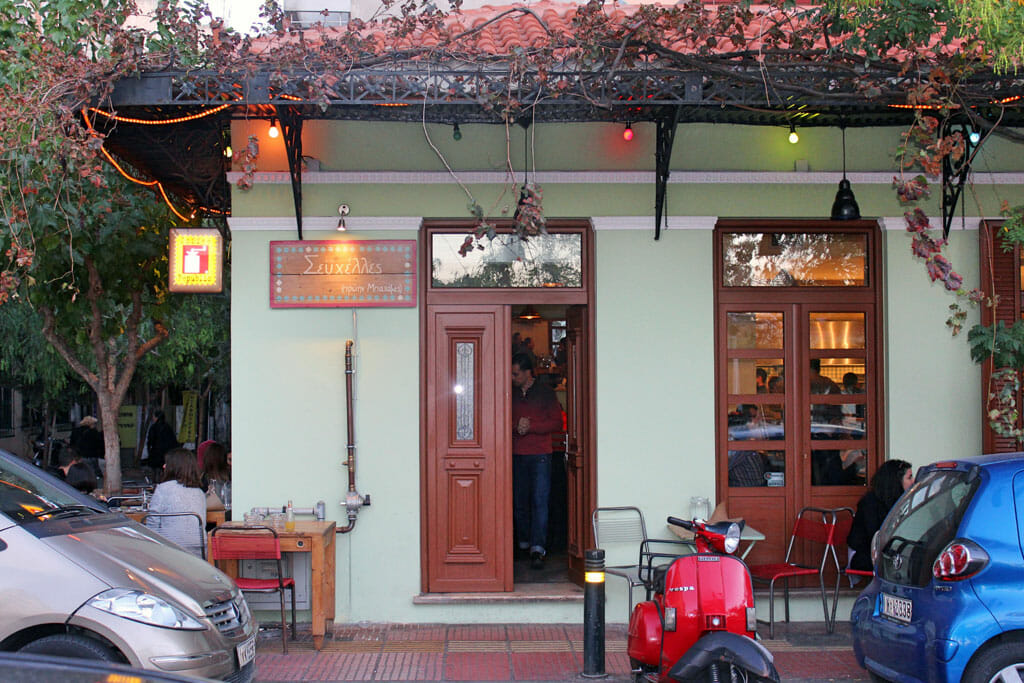 The neighborhood of Metaxourgeio in central Athens gets its name from the historic Athanasios Douroutis silk factory (metaxi means “silk”), which closed down in 1875. The former factory, which now houses the Municipal Art Gallery, was designed in 1833 by the Danish architect Hans Christian Hansen and is among the city’s most important surviving neoclassical structures.

The building was originally intended to be a shopping center, but because the area became an industrial zone, it inevitably attracted mostly working-class residents who were employed in the nearby factories, smaller industries or workshops.

The area was in decline for years, and a significant number of beautiful old buildings were abandoned for decades or leased at ridiculously low prices to be used as brothels or by low-paid economic migrants. However, the theaters and bohemian kafenia and bars here also attracted intellectuals and artists.

In the early 2000s, the neighborhood began to show signs of revitalization. Investors put money into building luxurious lofts and renovated beautiful neoclassical buildings, and well-known contemporary art galleries moved there. A number of high-end restaurants, simple tavernas, creative mezedopolia and little bars began popping up – and continue to do so – all respecting and preserving the neighborhood’s low-key, freewheeling vibes.

Seychelles sits at the corner of Keramikou and Academou facing Avdi square. It may bear the same name as the tropical island, but it’s in fact the best mezedopoleio in Athens. The restaurant opened in early 2014 and immediately became the talk of the town. Housed in a cute, early-19th-century building, in a former life, it was a traditional kafenio known as Bahamas – naturally – serving house wine and tsipouro along with meze and patsa, a soup made from pork trotters and tripe and a popular remedy for hangovers.

Anna and Fotis, the two young owners, clearly love what they do and work hard to keep standards high. Before opening Seychelles, Fotis, who is originally from Thessaloniki, traveled for over six months around Greece, visiting small producers and hunting for exceptional local products, in order to learn as much as possible, all the while dreaming about opening his own deli. Things didn’t turn out exactly as he expected, but we think the outcome is even better.

During the warm months Seychelles puts tables out on Academou, on the sidewalk of Keramikou and across the street in the square, and yet, there are never enough – the place is jam-packed every single night. The interior is very simple – high ceilings, large windows, great bar – and combines the authentic air of old Athens with a touch of modernity. The highlight is undoubtedly the open kitchen, where the graceful precision and focus of the cooks rival the spectacles in the theaters on Academou. 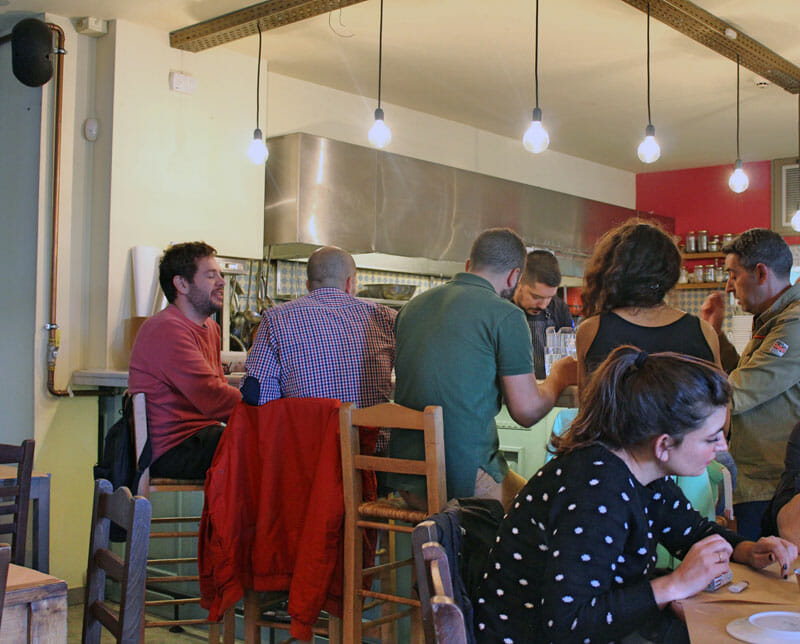 Mornings at Seychelles are for enjoying a cup of coffee or the famous ginger juice at the bar. Lunch starts at 1pm, and the kitchen serves food continuously until late. The creative, seasonal, ever-changing menu blends the traditional and modern and focuses on using ingredients made by small producers from around Greece. The atmosphere is always friendly and casual, and the waitstaff maintains its efficiency and good humor even when the place gets extremely busy. Weekday lunch is quieter, while dinner is joyously raucous.

The daily specials are full of surprises, all worth trying. We like the chickpea salad with fresh mint and feta cheese, octopus cooked in red wine and served on creamed peas, beef tongue grilled to perfection and vegetable-stuffed beets served with yogurt. For a very traditional option, there’s sougania, a Lesbos recipe for onions stuffed with cracked wheat, fresh herbs and oxtail and sprinkled with chili flakes. The sweet and spicy pork cutlets are also popular, and we would be hard-pressed to not order the braised beef cheeks served on crispy hand-cut fried potatoes when they’re available. 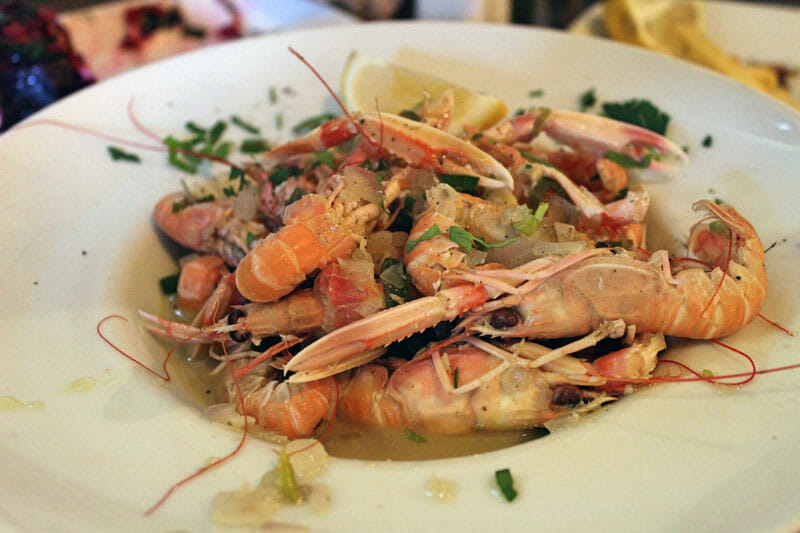 The cheese list benefits from Fotis’s unimpeachable sourcing. Besides excellent traditional cheeses from all over the country, there’s a selection of cured fish, such as smoked swordfish and tuna from Kalymnos island, smoked sardines and salt cod.

The wide range of tsipouro, raki, Greek beer and wines complements the thoughtfully composed and well-executed menu. Most dishes are priced between €6 and €12 – an excellent value, particularly because these are dishes meant for sharing, but also because Seychelles is one of the best places in town to experience a real Athenian night out. 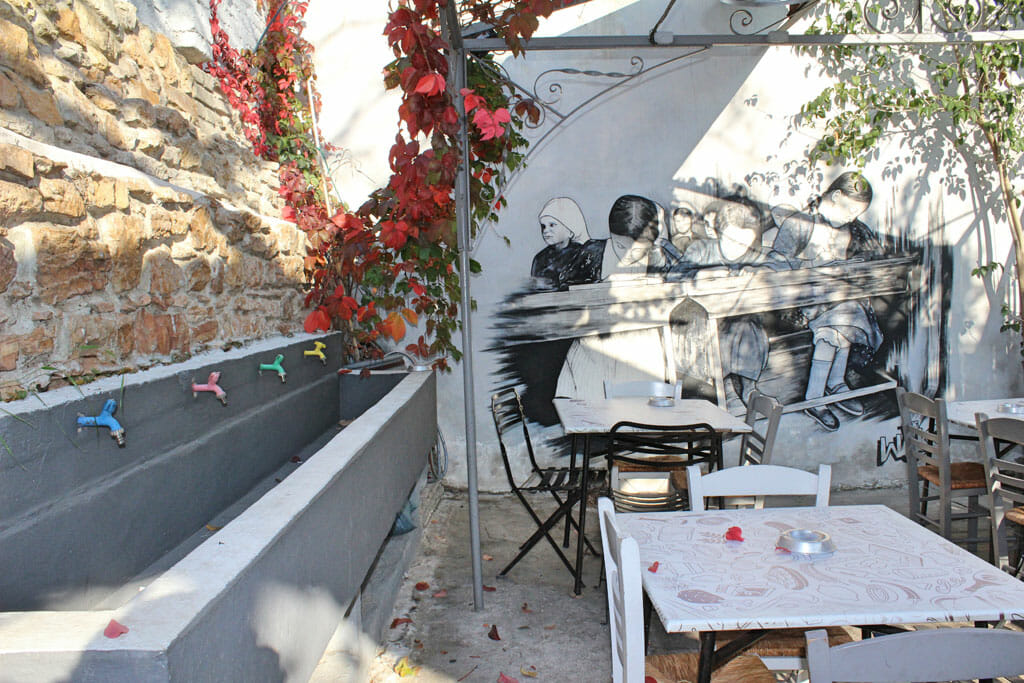 Athens | By Carolina Doriti
By Carolina Doriti
AthensThrough the gate on Kallidromiou and down the steps, the enchanting stone-paved courtyard at last reveals itself, a hidden oasis of fragrant lemon trees, geraniums, bougainvillea and jasmine in the densely built neighborhood of Exarchia. A charming mural of children in class is painted on one side of the yard, right next to the water fountains… 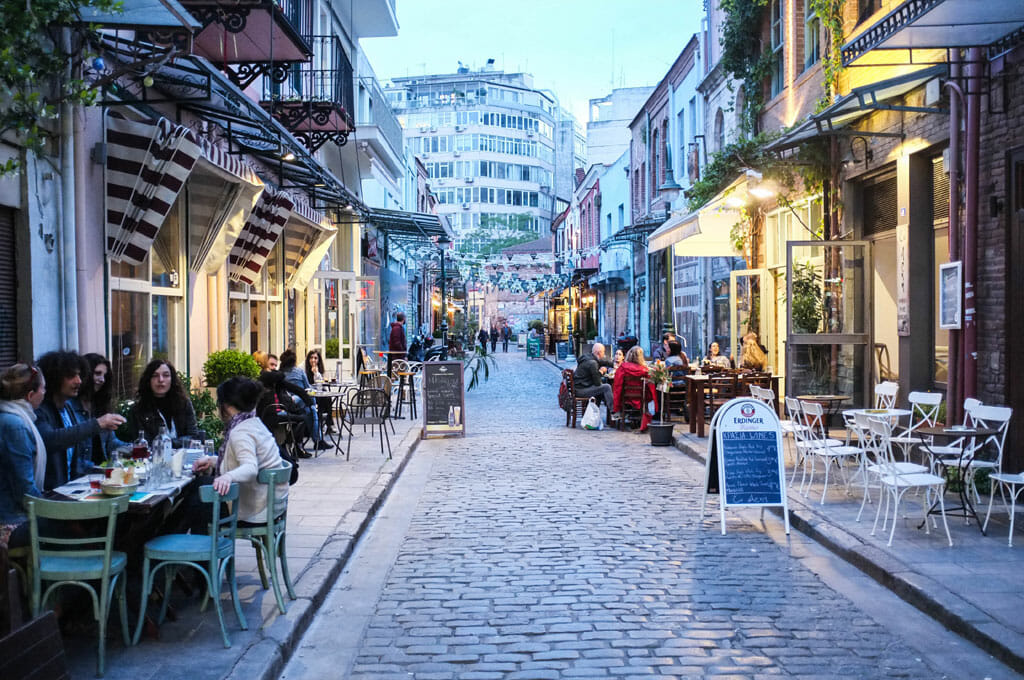 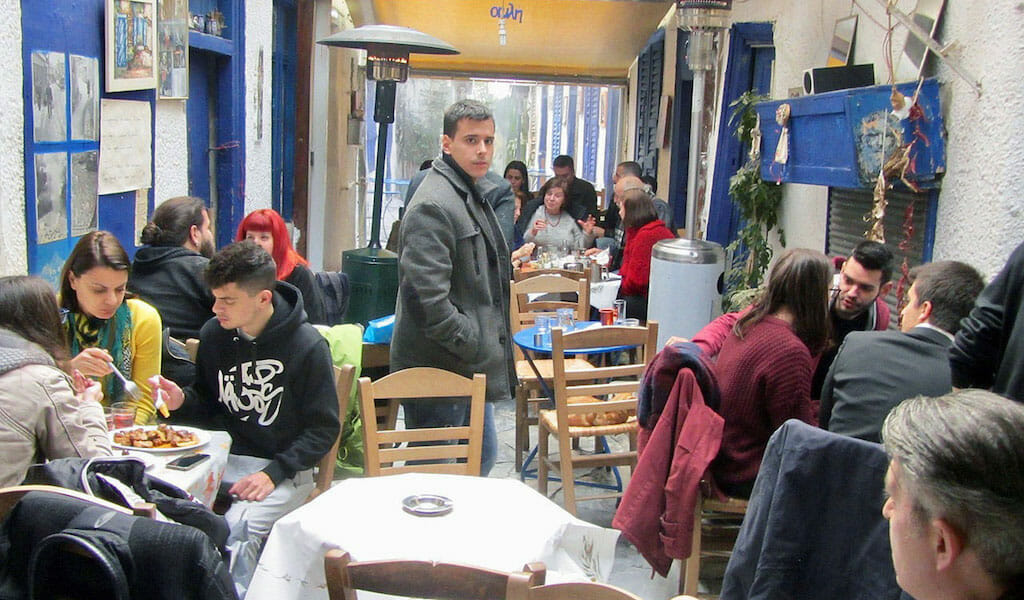 Athens | By Diana Farr Louis
By Diana Farr Louis
AthensAvli is one of those places you have to be introduced to by someone who’s already been there. Although a sign does exist above its narrow metal door, there’s so much graffiti on either side of it, you could walk right by even if you had the address firmly in your hand or mind. Once…