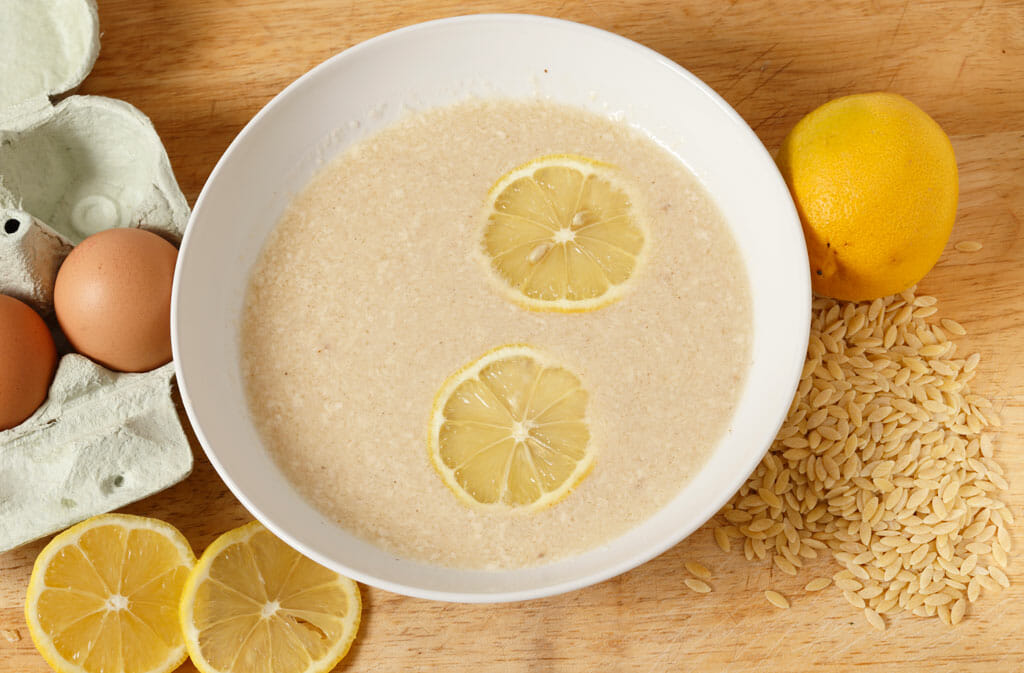 Is there a flavor more typically Greek than avgolemono, the smooth yet tart sauce that enriches dishes on virtually every restaurant menu in this country (apart from the souvlaki joint)?

You’ll find it livening up soups of every description, poured over dolmades (wraps) of cabbage, vine leaves or chard and stuffed zucchini, thickening dozens of fish, meat, poultry and vegetable stews and fricassees. It marries particularly well with artichokes, in a famous delicate dish called anginares ala polita (or Constantinople-style), and binds the interesting innards in mageiritsa, the traditional fast-breaking stew-like soup eaten on Easter eve.

Usually sauces fall into two categories, flour-based like béchamel, in which liquid is added to flour cooked in fat, and egg-based like mayonnaise, in which egg and oil or butter are carefully beaten together to form a thick emulsion.

Curiously, for avgolemono, neither fat nor flour needs to be present to get the sauce or soup to thicken. Beaten egg or yolks alone are mixed with lemon juice and then slowly added to the cooking liquid, which must be kept below boiling lest the egg curdle and leave you with something resembling scrambled eggs – tasty perhaps but not nearly as appetizing. Some cookbooks advise an unsure cook to cheat and stir in some cornstarch for greater thickness, though the pasta or rice often present in the dish contributes an extra bit of starch to boost the binding process (see our recipe for fool-proof avgolemono).

Almost since the dawn of cooking – or the Greco-Roman era at least – chefs and diners have appreciated the zing that an acid adds to a dish, sweet or savory. Then, they used verjuice (from unripe grapes), vinegar, pomegranate or other sour fruit juices until lemons came to be the most popular of all, probably in late medieval times.

Frescoes at Pompeii show that lemons had arrived in Italy by the first century AD, but as renowned food historian Alan Davidson says, there was no Latin word for the fruit, which appears to have had a more decorative than culinary use. By the fourth century, he says, Arab traders had circulated them around the Mediterranean. Other scholars put the date considerably later, in the 14th or 15th century, but everyone agrees that the fruit probably originated in north India/Southeast Asia and that the Arabs were the ones to disseminate it in Mare Nostrum. 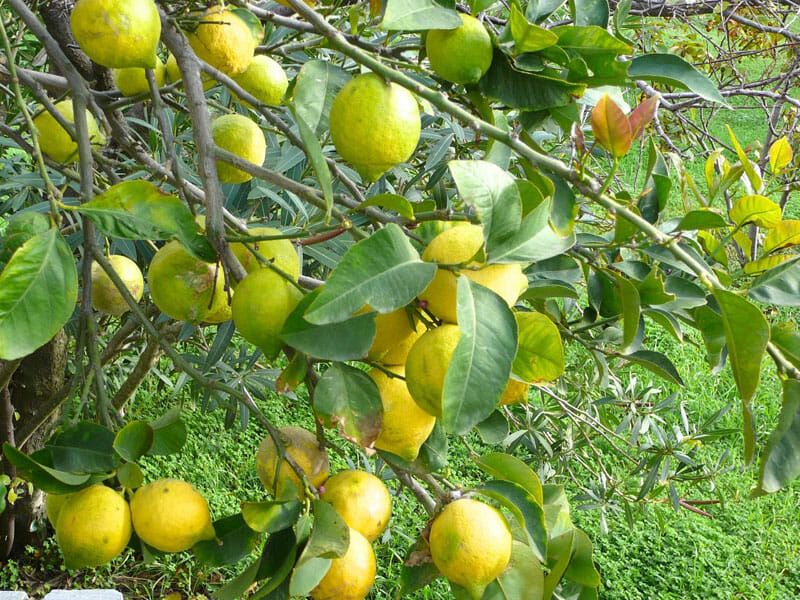 Lemons as a flavor booster are ubiquitous in Greece. No matter what you order – salads fresh or boiled, favas, grilled chops, chicken or fish, fried seafood, even halva at the end of the meal – lemon halves or slices will accompany it. (Sometimes they are not squeezed at all and the untouched fruit ends up discarded with the bones and scraps, consigned to the trash bin. This seems a terrible waste, especially when you remember that the price of one lemon in the UK is almost equal to that of a kilo in Greece. Maybe we should ask for a “lemon bag” along with the “doggie bag.”)

But back to avgolemono. As with so many successful culinary accomplishments, many cuisines claim it as their own. And because it is so widespread across the Balkans and Turkey, we tend to assume it originated in the kitchens of Byzantium. A Balkan cookbook maintains that “avgolemono finishing sauce” is a favorite in Albania, Serbo-Croatia, Bosnia, Macedonia and Bulgaria as well as Greece and Turkey, but only gives two recipes. Similarly, in the Turkish cookbooks on our shelves there are not nearly as many entries for avgolemono as you’d find in a Greek book, although their authors proclaim it the country’s most popular sauce.

In Turkish, the name for this potentially tricky sauce includes the word terbiye, which means two things in that language: 1) behave, as when parents teach their children good manners; and 2) a marinade or dressing. In the case of a dressing (or finishing sauce), it can be composed of milk and egg yolks, egg yolk, flour and yogurt, or egg yolk and lemon juice. And this brings us back to Constantinople-style artichokes, a dish shared by Greeks and Turks, where the addition of egg and lemon is coaxed into providing a delicious coating for simply simmered artichokes, carrots, potatoes, onions and dill.

But the search for the origins of avgolemono suddenly took a turn to the western Mediterranean when we came upon references to agristada in Claudia Roden’s encyclopedic and vastly entertaining The Book of Jewish Food. In it she describes the sauce “generally known as Greek and Turkish . . . as one of the cornerstones of Sephardi cooking, [which] appears in old Judeo-Spanish and Portuguese recipes.” She says that it shows up in early Iberian communities in countries such as England, Holland and Denmark and of course in Salonica, where so many Sephardic Jews found refuge as guests of the Sultan after their expulsion from Spain during the Inquisition (late 15th century).

Intrigued, we contacted CB’s Lisbon branch for further elucidation. Yes, they replied, there are several dishes finished with egg-lemon in Portugal, the most common being fricassees of “fish, octopus, and of course, salt cod, as well as eel and rabbit” and, curiously, though only in the north, a very un-Greek duck stew seasoned with cinnamon!

Even so, beloved though avgolemono might be throughout the Mediterranean no matter which name it goes under, we still insist that the Greeks have developed more uses for it, more dishes with it than any other cooks.

Avgolemono is unusual in that neither fat nor flour needs to be present to get the sauce or soup to thicken. Beaten egg or yolks alone are mixed with lemon juice and then slowly added to the cooking liquid, which must be kept below boiling lest the egg curdle and leave you with something resembling scrambled eggs.

Remove the soup from the heat. In a large bowl beat the 2 egg whites until fairly stiff, then whisk the yolks in a separate bowl. Add the lemon juice very slowly to the yolks, whisking all the while. Now stir the mixture slowly into the egg whites. Drizzle two cups of the broth into the egg-lemon bowl, stirring as you do so. Pour this liquid, a little at a time, back into the soup pot, stirring in one direction. Season with salt and pepper and reheat without allowing the soup to boil. Do not cover or the soup may curdle and serve immediately.

You may also beat the whole eggs together or use just the yolks and proceed in the same way for a less frothy version. 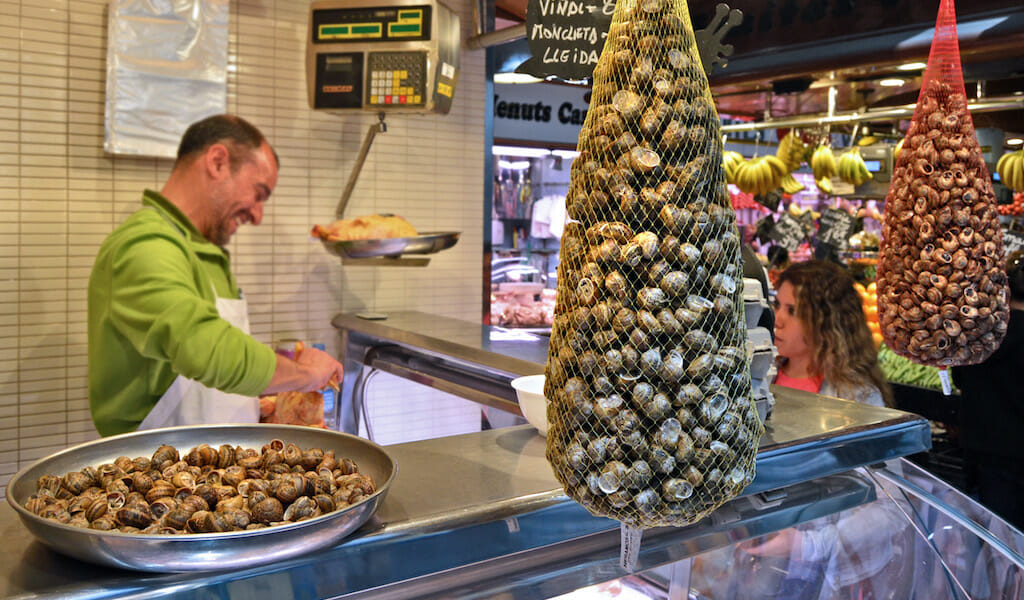