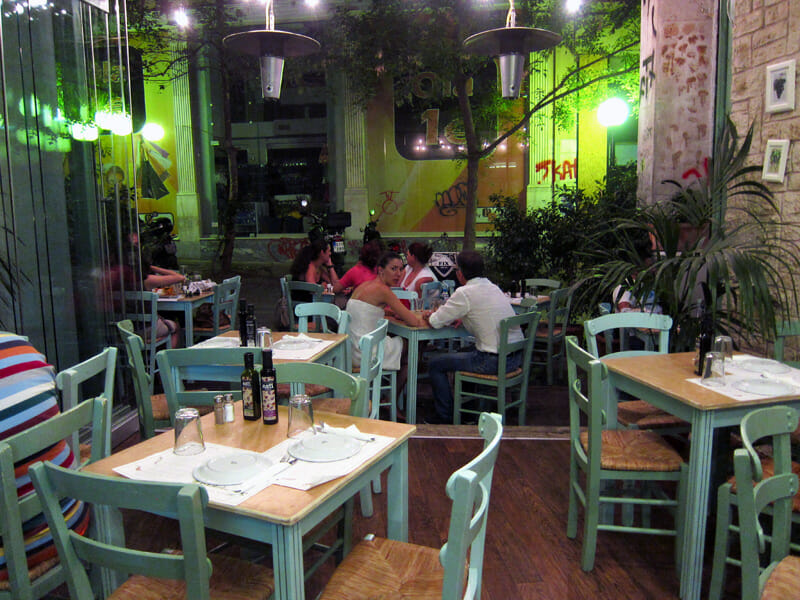 Named after a fragrant plant widely known as sweet clover, Melilotos got its start three years ago as a delivery service for the hungry Athens downtown crowd: people who didn’t want to eat junk food for lunch and instead wanted food that reminded them of their mothers’ home cooking. The place became so successful that the owners – Konstantinos Siopidis, who was previously a chef in some of Athens’ finest restaurants, and his enthusiastic wife, Despina Kouklinou – eventually had to move premises and open a proper restaurant.

Painted in hues of pistachio green, the new Melilotos is now located in the heart of Athens’ traditional shopping district on Kalamiotou Street, in a neighborhood that is well known for shops selling all sorts of wonderful fabrics and textiles by the meter.

The menu at Melilotos changes daily and ingredients are sourced from small, local producers. The result is a great variety of dishes that includes different types of homemade Greek pasta from Northern Greece, the Aegean islands and Crete; sausages from Florina in Northern Greece served with white beans; and even Greek twists on classics. For example, a recipe for slow-cooked salmon with a crust of celery, leek and wild herbs is enriched with a sauce flavored with mastic from the island of Chios.

Despite these complex gastronomic touches, however, Melilotos is not a restaurant for snobs but a place offering comfort food. The menu includes spaghetti Bolognese and a hearty chicken schnitzel fillet accompanied by thickly cut and expertly fried potato chips served with homemade mayonnaise for dipping. Τhere are two or three desserts offered every day; we recommend the chocolate pie, which has an absolutely delicious biscuit base.

A meal at Melilotos should not cost more than €12-15 per person depending on what you order; most main courses are around €7. Be aware of the rather eccentric opening and closing times.

By
Despina Trivolis
, photos by
Steele 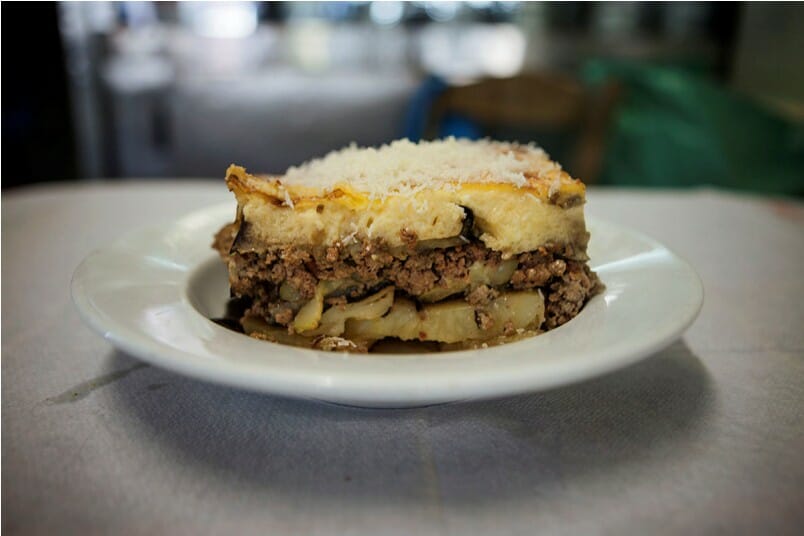 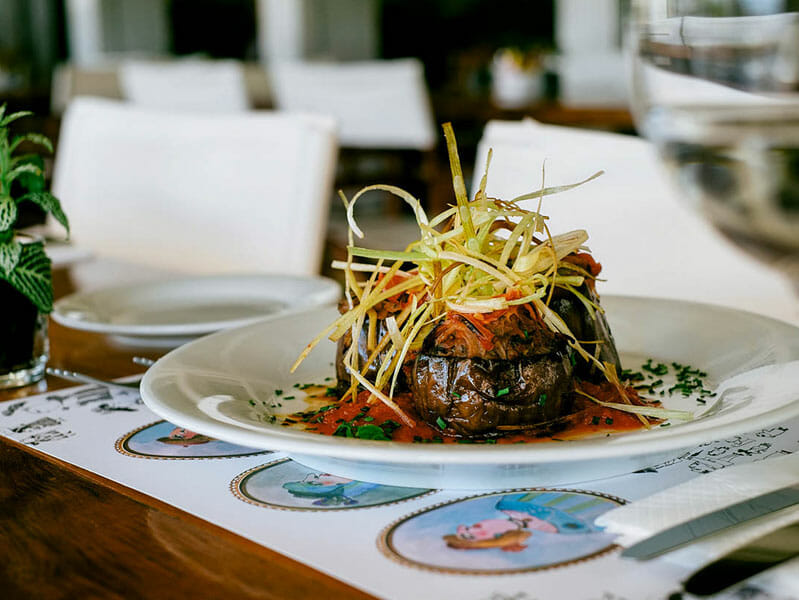 Athens | By Despina Trivolis
By Despina Trivolis
AthensConsidering Athens’ position as a top tourist destination, it may come as a surprise that it is only recently that local museums have decided to up their game when it comes to their dining offerings. Worldwide, a good restaurant and café are now considered part of the whole museum-going experience, but it took a little…